we offer classes for the entire family

From bullies to bad guys

Never be unprepared.  Children who attend the class understand how to react when put into a confrontational situation whether it be a bully or an adult.  Young adults are taught how to asses possible situations before they become dangerous.  Parents are encouraged to train with their children so they can have peace of mind when sending them off into the world.

It is designed into three different stages of training

Sin-Sool:  Practicing techniques for use of one's entire body to defend one's self.

Bong-Sool:  Using a short or long wooden stick to defend one's self in an outnumbered situation.

Gum-Sool:  Using either a short or long sword in order to defend one's self in a more aggressive situation.

Jung Do Sool requires mastering free-hand battle while being able to use weapons fully in order to protect one's self, one's family, and one's community.

A true Korean martial art that was originally designed to train one's mind, body and soul to defend one's self and to serve the community.  Jung Do Sool was created in ancient Korea.

Jung Do Sool is a series of incorporated movements which requires synergy of mental and physical aspects, commandments of various skills, combination academic and martial art, trust and respect of one's self and of others, and last of all, denial of injustice.

There are few, if any, programs available that offer as many benefits to children as do the Martial Arts.  Our classes are designed to bring out the best in every child we teach.

Martial Arts helps children develop skills and positive traits that can help build a strong foundation and good habits that last a life time. Make sure to visit our Gallery to watch a short video about the Academy.

featured in Tae Kwon Do Times 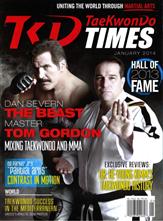 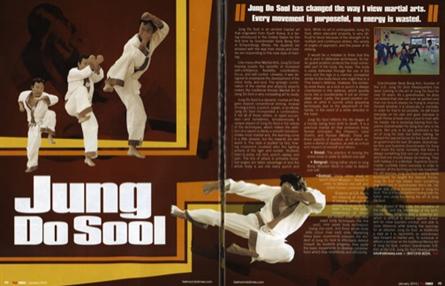 a gentle way to fight stress

If you're looking for a way to reduce stress, consider Tai Chi (TIE-CHEE).  Originally developed for self-defense, Tai Chi has evolved into a graceful form of exercise that's now used for stress reduction and a variety of other health conditions.  Often described as a meditation in motion, Tai Chi promotes serenity through gentle, flowing movements.